So today everything seemed to just work like a charm. I awoke my Debian system from its weekend standby and ran an aptitude update. Now, it's been awhile since I've been working on this machine, so there was quite a few updates available. Over 170MB of updates were found, downloaded and installed.

So now that my headless Windows install is working I decided to tackle the issues of running the fglrx proprietary driver from ATI on the 2.6.29 kernel again. This time I followed this guide from debian.org and combined with the recent aptitude updates everything looked good! The kernel modules were compiled and installed without any issues..

X started up, a mouse pointer appeared and fgl_glxgears reports framerates of over 1000 fps!  Although I thought I was maybe chancing my luck, this success led me to try and get compiz working.  I executed compiz --replace and amazingly.. it worked without a hitch!

The only issue I encountered was that my desktop cube wasn't a cube at all! Instead it was more like a flat panel with two desktops. I managed to fix this via the compiz configuration manager "general" option, changing the "horizontal virtual size" from 2 to 4: 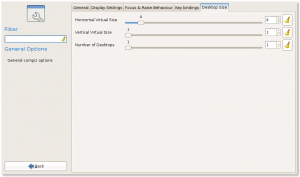 After that, a little configuring of the background on my cube and at last.. I'm in an environment I'm comfortable to work in. Here's a few screen shots, notice the Windows taskbar from the headless virtualized copy of Windows XP: 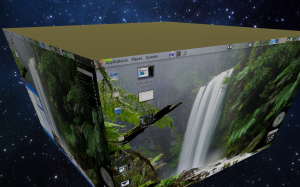 A recent laptop upgrade has finally given me the chance to escape the evil grasp of Microsoft Windows and move to something which I can consider "my operating system". An operating system which works exactly the way I want it to.

I still need Windows for a number of things but the majority of what I do (terminal based stuff) is better suited to Linux/UNIX anyway.   I figure the extra horsepower the Thinkpad T400 provides me with will allow me to run Windows XP in a virtualized environment along side Linux.  I chose Linux over FreeBSD because FreeBSD is more a server/desktop orientated operating system and isn't really all that suited to a laptop setup, especially on something as new as this machine. So why Debian? Ubuntu seems too much like "n00b" linux to me and I'd rather have more control over things than giving it up for the sake of it being "easier to use".  Gentoo looked attractive, primarily because of  "portage" but it seems Gentoo's direction is uncertain and a declining user base doesn't sound too healthy.

I downloaded a fresh copy of the Debian Lenny CD 1 ISO from debian.org and installed it as a dual boot setup using grub as a boot loader.  The T400 features some shiny new gizmos and so I was forced to upgrade to the 2.6.29 kernel in order to gain support for the new Intel Wifi Link 3500 card. Running such a new kernel introduced some additional complications, mainly around getting the proprietary graphics card drivers for the ATI Mobility Radeon. I've yet to get that issue resolved and have fallen back to the open source radeon drivers for the time being.  I don't think I will tackle Compiz until I get a decent framerate from my graphics card.. otherwise it just won't be worth the hassle.

I used Virtualbox to virtualize Windows XP. Originally I had planned to virtualize the copy of Windows which resided on the physical partition but in the end decided it's just all too messy(hardware profiles etc.). Instead, I just created a new instance of Windows using a virtualbox dynamic disk.  The windows install is surprisingly usable. Once I had that installed, I followed some instructions from the ubuntu forums on getting a headless copy of Windows up and running.   I did however, skip all the bridging stuff described in the guide as it seems very flaky when your system would not always have a static IP. Since this is a laptop, my IP would be changing to all sorts of things as I move from one network to another.  Instead, I enabled a second network adapter using the "Host only network" option and communicate using RDP to the VM via the IP assigned to this adapter.  Internet connectivity is then provided via the other, primary NAT'd interface. This approach removes the need for bridging, static IP complications and any IP masquerading which would be required by other methods.

I feel that running headless windows within X is really going to work out well for me - now I have the freedom of Linux without loosing out on any mandatory applications provided by Windows.

I will attach some screenshots shortly..

Go down, go down, bright sunshine. And you, bright moonlight, Go down, drown yourself in darkness.

I'm a Gmail convert. Althou, I must say, the idea of Google "managing" my email still makes me a little queasy since it's essentially a realtime record of all my life online. Anyway, moving along..

I recently wanted to check out these new emoticons that they've released via Gmail Labs.  In case you don't already know, Gmail Labs is the playground for all sorts of addons which allow you to personalize and customize Gmail to your preferences.  Don't get me wrong, I think Labs is a great addition to gmail but having to wade your way thru this awful looking mess of a page just to find the addon you're looking for, is crazy! Just look at how ridiculous this page looks!

Since labs effectively builds itself, isn't it about time that the Gmail folks open their eyes and realise that this is an area which is going to only get bigger?

So, rant number 1, for Google is: Please clean up labs, it's a mess. Add a search and categorize the damn thing. You are the mighty google, with all your resources it should look and function at least every little bit like the firefox addons site. 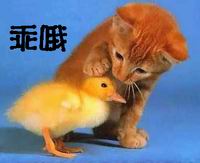 AFTER A QUARTERLY REPORT.

DID YOU HEAR ME? MORE EFFORT!!! 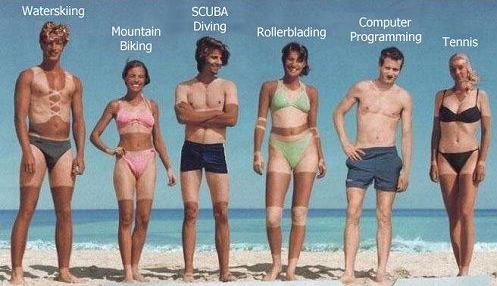 Seeing as the BBC Iplayer has taken off so well, no doubt RTE felt they were being left behind.

I have to say, this beta on demand TV player from RTE looks very promising! Well done RTE!

The "six inches in front of your face", that's where we Live. It's the choices you make in that place that ultimately defines you, and, over time, the course of your life, until the end.

So many of us have grand plans for "Out There" or "The Future", but never really focus on what's right in front of us, right now.